Meteor DAW for the iPad latest update has increased the default number of tracks from 12 - 16 and offers the option to increase up to 24 tracks. 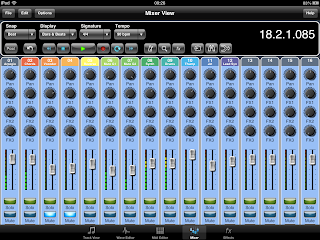 Here's a quick run down of whats included in Meteor iPad Daw v1.5